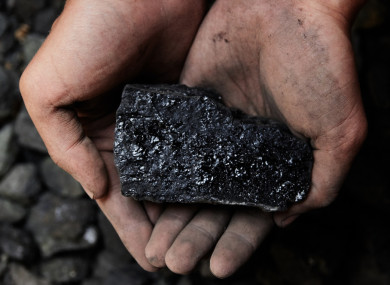 The interconnection between fire and fuel is almost like the story of chicken and egg. If there was no fuel, how can fire burn up, but if there was no fire then how can fuel flaming. Manufacturing skill albeit on a small localized scale began soon therefore as the prehistoric precursor of Industrialization. The first guy started to burn his earthenware like ceramic and later bricks to boost their lifespan. Concurrently, he taught himself to interlace and subsequently dye fabrics and many more.

The progression of human civilization and its rising economies was completely and constantly dependent on fire and thereby fuel. In the early periods, it was firewood, till man started mining coal. And along with this development started a chain of interrelated matters and effects which have changed little over the last 2000 years. Human’s progress is dependent on cheap sources of fuel or energy, but the burning of all fuels reasons either direct/indirect ecological damage, not to say the reduction of energy resources.
The Chinese learned to build cast iron and steel 2000 years back and their early ironworks utilized copious quantities of charcoal causing the primary systematic large-scale deforestation in recorded time.
Post industrialization usage of coal globally took a huge toll on the ecological with millions of tons of CO2 and particulate subject consisting of ash and soot spewing into the atmosphere causing adverse climatic effects like acid rains and smog, affecting the health-issue of millions causing respiratory diseases like tuberculosis, asthma and lung cancer.

India’s industrialization just started in the late colonial era and actually took off just after independence. Just like in other states, it was yet again coal which was the preferred source or rather the just available source of power for feeding the sector. However, with the boost of her petroleum refining abilities soon there was available a fresh cheap fuel: HFO or Heavy Fuel Oil or Furnace Oil or F.O as it is usually known.

The reign of FO as the Industry’s beloved fuel temporarily came to an end in the 2006-12 era. And one of the largest users of FO, the Steel and Iron sector turned en masse to coal, using it either in a Pulverized form by installing coal gasifiers to make producer gas. The Sugar mills too planted gasifiers to make Bio-mass gas from their waste biogases. Industries having the locational benefit and entrée to the Natural gas allocation network started using natural gas, many others turned to biomass fuels like rice husk or briquettes.

Return of the king

Fast-forward to late 2015. The worldwide oil prices, which were on a sliding spiral since the mid of the year, bottom out towards the end.

So again FO is slowly become the ideal industrial fuel with most of its earlier users returning back to using it for its low prices, but with the disadvantage of again subjecting themselves to all its shortcomings and associated problems.